Whilst the war denied the probable peak playing years of cricketers such as Len Hutton and Denis Compton, and took away the test twilights of players like Maurice Leyland and Les Ames, four post-war England stalwarts were able to forge reputations for themselves between 1940 and 1945.

As England celebrated the regaining of the Ashes after a nineteen-year hiatus on that famous Oval day in 1953, Trevor Bailey, Alec Bedser, Godfrey Evans and Jim Laker could bask in the glow of success over the old cricketing foe, having spent the early years of their cricketing careers helping to vanquish a enemy of malevolent intent.

Alec Bedser, with his inseparable twin Eric, was amongst the beleaguered and bedraggled troops rescued from Dunkirk, having narrowly escaped death by German tracer bullet. Both had made their Surrey debuts in June 1939. On 3 August 1940, two months after his flirtation with death, Alec was part of an RAF XI which took on a London Fire Service team at Lord’s, taking 4 for 22.

Godfrey Evans had made his first class debut a month later than Bedser, against Surrey at Blackheath. Ironically, for a player who would later earn a reputation as one of the finest wicket-keepers ever to grace the England team, he did not take the gloves as `Hopper’ Levett was the first-choice keeper, with Les Ames also above Evans in the Kent pecking order. 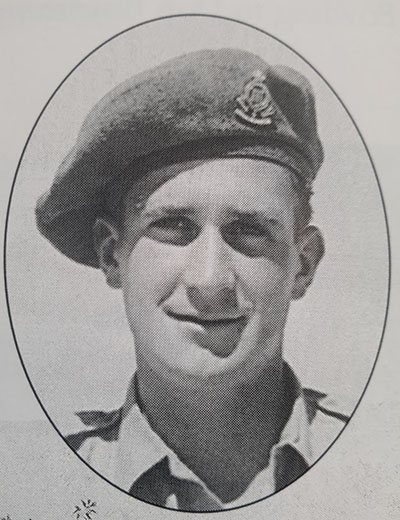 Jim Laker was a promising batsman and little-used second change bowler for Saltaire in the Bradford League during the first two wartime seasons. On one occasion, his side’s three `star’ bowlers, Bill Copson, Alf Pope and Les Townsend, were badly delayed by car trouble. Although their success meant that Laker had not been called upon to bowl up to that point in the season, mid-July, his medium-pace cutters took 5 for 27, earning a comfortable victory.

Having drawn excited comment for his performances for Dulwich College in schoolboy cricket, Trevor Bailey announced his arrival at top-class level by taking three wickets in his first over as a combined Middlesex and Essex XI took on a Kent and Surrey team at Lord’s in August 1942. He finished with 4 for 36 as Sergeant Godfrey Evans led the opposition resistance with 55. Bailey also took 6 for 29 for Denis Compton’s XI against Sussex that summer.

A year later, an England XI led by Les Ames took on the West Indies at Lord’s. For the fest time Bedser, Bailey and Evans appeared in the same side, with the Surrey man excelling with figures of 6 for 27 including the hat-trick. The Cricketer reported `he knows the value of length and he is one to keep an eye on.’ Bailey was marked out as a `thorough cricketer’.

Jim Laker’s cricketing epiphany came on the matting wickets of Egypt, where he was serving in the Royal Army Ordnance Corps. In the 1944 season he claimed 221 wickets at an average of 5.7, also amassing 960 runs with a top score of 106 whilst carrying his bat against a South African Air Force XI. Despite his growing reputation and solid Yorkshire roots, Laker was unable to secure a place with his native county at the war’s end, instead emerging as one of the great Surrey XI that carried all before them in the mid-1950s.

Alec Bedser, who at one point in the war turned down a promotion as it would have mean being parted from Eric, played some cricket in Italy in 1944-5 whilst serving with the War Crimes Intelligence Branch. During one match at the Royal Palace at Caserta, the twins made a pilgrimage to the grave of Hedley Verity. Along with Frank Smailes, a pre-war county colleague of the great man, the trio arranged to have a marble headstone erected and a photograph of it sent to Verity’s widow in Leeds.

By 1944 Godfrey Evans was beginning to attract attention for his wicketkeeping skills as well as his batting. A foretaste of his post-war playing exuberance was evident when the Army net the RAAF at Lord’s on 17 June. The Cricketer noted, ` a smart wicket-keeper, and good on the leg-side, but he must learn to adopt a quieter method. He appears to “jump about” too much’. 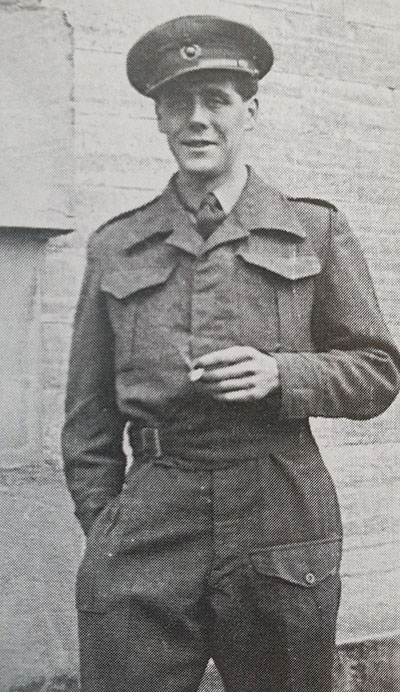 His service with the Royal Marines leaving ample opportunity for matches in 1944, Trevor Bailey enjoyed a golden summer, featuring high in the batting and bowling averages for big matches at Lord’s. 1945 found Bailey facing a somewhat grimmer prospect than glorious summer days at the home of cricket. He drove past the recently liberated Belsen Concentration Camp, an experience which remained with him for the rest of his life. Trevor Bailey became a great servant for Essex CCC, serving as player, captain and secretary for nearly two decades, and set up that liberating Ashes victory at The Oval in 1953 by helping to salvage a draw at Lord’s with a typically obdurate 71 at a scoring rate of 27.6 per hundred balls.

After great playing careers, during which all four set test match records, the quartet would continue to serve in the game. Bedser became England’s longest-serving Chairman of Selectors, weathering many vicissitudes including the sacking of Ian Botham as captain. Having survived the hell of Dunkirk, the usually phlegmatic Bedser was able to bring perspective and resilience to his challenging role.

Trevor Bailey brought sagacity and wit to the airwaves with his summarising on Test Match Special whilst Jim Laker became the voice of the John Player League and many golden summers of international commentary on the BBC. Godfrey Evans brought dash to the game with his work setting the betting odds for Ladbrokes, most notably his generous 500/1 against England beating the Australians at Headingley in 1981.

As players, administrators and commentators, this quartet brought skill, commitment, obduracy and verve to the post-war game. They weathered the war and enhanced their reputations during it. One is left with the sobering thought of how many other bright young talents who could have made similar post-war impacts were snuffed out in the cause of freedom.

To keep, or not to keep?

Well that was fun, wasn’t it?