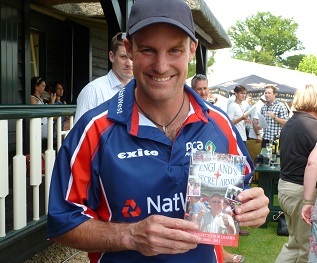 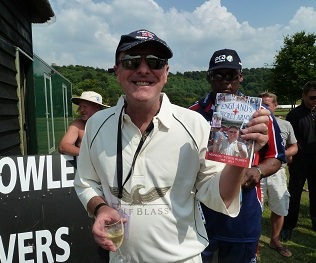 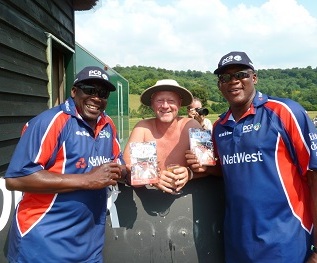 In recent years we have had three books published, two of which have pulled together Midnight’s various tour diaries through the years; and more recently we pulled all of our interviews together into a book titled, Those Were The Days, to raise money for the Ruth Strauss Foundation.

Those Were The Days 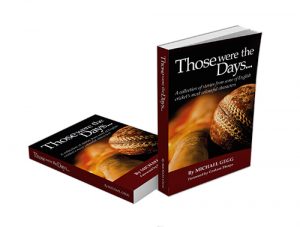 Those were the Days is a collection of over 30 interviews with some of English cricket’s most colourful characters (and some from overseas!). For the last 15 years I’ve travelled the world supporting England on tour and for the last 3 years, while editing the website of the supporters group, The Addis Army, I have been meeting and talking to many former (and current) players who have pulled on the three lions sweater (both men and women) as well some of the unsung heroes of the county game. Oh, and a few or our enemies! With a desire to support important charities when I can, I decided to pull these interviews together to raise money for the Ruth Strauss Foundation, a charity which has touched the hearts of many, and all profits of this book will be donated to the foundation. My interviewees include: Graham Thorpe, Allan Lamb, Jack Russell, Ian Gould, Dean Headley, Nick Knight, Angus Fraser, Bob Taylor, Charlotte Edwards and Adam Hollioake, to name a few. Why did Jack Russell nearly get sent home from the West Indies? How close was Bob Taylor to putting some money on England at 500/1 in the famous Headingley Test of 1981? And what made Angus Fraser panic during the 46 all out in Trinidad? Everything will be revealed!

England's Secret Army & Disgruntled Down Under 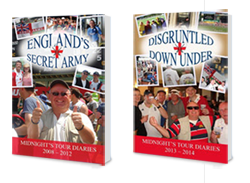 England’s Secret Army: Just what England cricket fans have been waiting for. A cricket tour diary not concerned with boring autobiographical details or statistics but about the grim reality of a supporters life on tour following the England Cricket team between 2008 – 2012. This is the story of Midnight’s travels with the Addis Army – a motley group of England cricket fans first thrown together in Ethiopia on the 2004/05 tour to South Africa – who knows, you may have been there. Here the humorous side of cricket touring will be revealed, together with the mishaps, accidents, drunken nights out, romances and even the occasional wedding!

Disgruntled Down Under: The further booze-fuelled adventures of the Addis Army, this time in the Antipodes, where we were privileged to watch the worst Ashes Cricket tour in history, and also the less-publicised but equally dire tour in New Zealand earlier that year. 2013 was truly English Cricket’s Annus Horribilis as regards away Test Match tours, and as usual plenty of medicinal alcohol would be required to survive it! This book is dedicated to the many cricket supporters who wasted their hard-earned money travelling to Australia to watch the Ashes. I apologise in advance if reading the book causes any recurring nightmares!