1940 – Glamorgan had enjoyed the most recent elevation to first-class status of the seventeen sides which competed in the pre-war county championship. It is fair to say that the county did not enjoy the munificent resources of many of their rivals, a state of affairs reflected in two 13th and two 16th placed finishes in the five pre-war summers. Sunnier prospects had broken through in 1937 with a decent 7th position. That the club continued to hold its own was in no small measure due to captain and club secretary Maurice Turnbull. Still the only man to play cricket for England and rugby union for Wales, Turnbull was being lined up by Plum Warner for a future prominent administrative role with MCC.

Before war erupted on the continent in the spring of 1940, Glamorgan CCC had arranged three friendly matches for the summer, but were unable to fulfil any of them. Eight of their regular first-team players – Maurice Turnbull, Wilf Wooller, Jack Mercer, Johnny Clay, H.G. Davies, Allan Watkins and Phil Clift – were serving in the forces by the summer. Similarly several Welsh league clubs also found it difficult to carry on.

During the war Glamorgan players not serving overseas took part in the charity matches which made up the bulk of wartime cricketing fare. In 1941 Austin Matthews claimed six for 31 for the RAF against Pelham Warner’s XI at Lord’s with his fast-medium bowling. The county was also represented in the migration of cricketers towards the financially-rewarding Bradford League. Emrys Davies, who had been selected for the aborted 1939-40 MCC tour of India and considered by John Arlott one of the best XI players never to have been capped by England, plied his trade in the league in the 1943 season. The county club managed to raise teams to entertain local crowds for the Holidays at Home weeks. 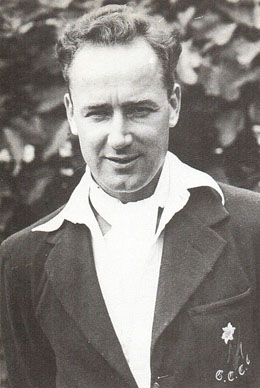 On a more serious note, 1943 brought news from the Far East that Lieutenant Wilf Wooller, the Glamorgan all-rounder and Welsh rugby union international, who was serving with the 77th Heavy Anti-Aircraft Regiment, was safe. Wooller had taken a degree in anthropology at Cambridge and had played centre forward for Cardiff City. Having been captured the previous February, after fifteen anxious months without any news it was reported that a message from Wooller had been broadcast from Tokyo and picked up in New Zealand. He had stated that he was well and had been able to play some outdoor games.

Glamorgan CCC could point proudly to the contribution that a Welsh cricketing contingent had made to the success of Operation Overlord in June 1944. John Madden-Gaskell had made one first-class appearance for the county back in 1922 before his business career took him to Taunton. In 1942, aged 46, he was appointed as a staff captain with the Royal Engineers. By the time of Overlord, Madden-Gaskell had risen to the rank of major and as Deputy Assistant Quartermaster General he oversaw the provisioning of food and equipment for the operation, receiving the MBE for his contribution to this task. 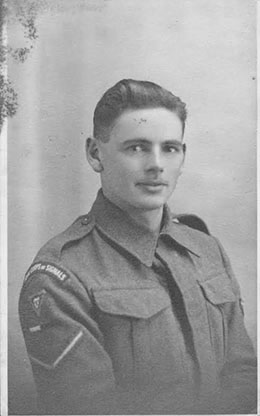 Meanwhile, 21-year-old Jim Pleass of the Royal Corps of Signals worked as a wireless signaller in the invasion force that landed at Arromanches. His landing craft narrowly avoided a German mine. Jim and his comrades had to look on in horror as an adjoining vessel in the flotilla was smashed to pieces, killing all of its occupants. Once the beachhead had been established, Jim lined the beach signallers with the heavily armed cruisers, helping to direct their fire at precise targets. Within a week, the invasion secured, Jim returned to the UK. After the war he was able to make his county debut and go on to represent Glamorgan on 171 occasions. Hugh Vaughan-Thomas, younger brother of the broadcaster Wynford, played one match for the county in 1933. He became an expert on the landing of armoured assault craft known as Buffalos and was involved in both the Normandy landings and the subsequent crossing of the Rhine. For this work he was awarded a military OBE in 1946. 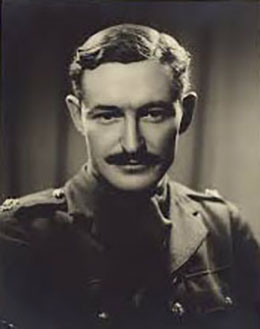 Leading resistance to a German counter-attack on the recently captured village of Montchamp, Major Turnbull was killed instantly by tank fire. His body was spotted lying in a ditch by one of his men, Sergeant Fred Llewellyn, who found a photograph of Turnbull’s wife and three children in his wallet. Llewellyn made sure the wallet and other personal effects were faithfully sent to the family.

News of Turnbull’s death filtered through to Cardiff Arms Park, where a wartime charity match was in progress. As the news spread around the ground – then little more than a tree-lined meadow with a stand at either end – the spectators who had gone there to seek a pleasurable relief from wartime cares spontaneously rose and stood in a minute’s silence for their fallen leader. From a game that bred leaders of men, Turnbull was the sixth county captain to be killed in the war, following Peter Eckersley, Bob Nelson, Gerry Chalk, Geoffrey Legge and Harold Dods. Turnbull had ensured that he had attended Mass and taken Holy Communion in the days leading up to the fatal attack. He had written to his wife shortly before his death:

If anything should happen to me you must promise me to accept ‘gladly’ (Father Hubert’s idea) which means sorrowfully but not resentfully, facing the future with confidence, knowing that I shall be with you as much as I am at present, which is saying a lot. My love to you all, and more to you dearest heart. I love you to the whole of truth.

Spirited inner resistance to the vicissitudes of captivity endured in the Far East prison camps. Glamorgan’s Wilf Wooller, who had been captured on Java, arrived in Changi camp in September 1943. He was eager to get down to some keen sport:

Despite the fact that I was down to almost eight stone and had occasional bouts of fever, I also took part in some of the camp sports. We made a pair of cricket pads, two bats, a set of stumps and found a cricket ball in order to stage an odd game of cricket. The highlight came on Christmas Day [1944] when we staged an England versus Australia Test match in front of bemused Japanese guards.

For Wooller, the matches allowed his mind to escape to happier times and cheerier places: ‘All you heard was the bowler’s footsteps, his shoes scuffling the dirt, the swish of the bat, a little click, dead silence. That was a Brahms lullaby compared to the chaos and bedlam that went on the rest of the day.’

In 1945 a fund was inaugurated to endow hospital beds in South Wales and Monmouthshire in memory of Major Maurice Turnbull. On 18 August, a memorial match took place in honour of Glamorgan’s lost captain and secretary at the Arms Park between Glamorgan against a West of England XI led by Wally Hammond. This allowed the club to bid a public farewell to a man who had been its very lifeblood for a decade or more.

A further monument to Turnbull’s work came in 1948, when the Welshmen lifted the County Championship for the first time, under the leadership of Wilf Wooller. He must scarcely have dared to imagine such a moment would ever arrive. Having entered captivity as a strapping 6ft 2in, 14-stone multi-sportsman, Wooller had returned home 60lb lighter and suffering from severe stomach cramps. Despite his privations, Wooller lived to the ripe age of 84.

Glamorgan CCC’s war had been one of great sadness, overshadowed by the death of Maurice Turnbull. His memory remained strong in the memory of the victorious side of 1948.

County cricket is back!