Essex County Cricket Club had been making steady progress on the playing front during the 1930s. Consecutive pre-war county championship finishing positions of 9th, 9th, 6th, 6th and 4th attested to a solid batting line-up backed up by a rich and varied bowling attack intermittently spearheaded by England fast bowler Ken Farnes. The club had forged a reputation for their cheerful and entertaining approach to the game, making them a popular draw on the county circuit.

For the first wartime season of 1940 the Essex committee, like so many, scratched its collective head wondering how to approach a sensitive situation. The club intended to suspend matches against other counties but play club sides throughout the county. In the event, due to being within a designated defence area, Essex county matches were few and far between during the war. It was the contribution made by various players across many fields on both the home and fighting fronts that marked out Essex cricket’s war effort. 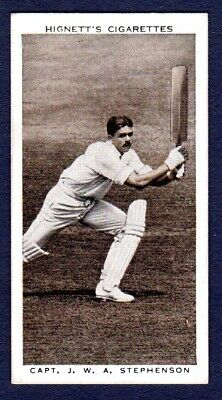 Captain J.W.A. Stephenson, who had captained Essex in the immediate pre-war summers, rejoined the army on the outbreak of war and was soon dispatched to France with the British Expeditionary Force. It was disclosed in The Cricketer Spring Annual that he had met a lady in a French café `and greatly to his surprise found that “she lived for cricket!”. In May 1940 Stephenson reported to The Cricketer that he had discovered a ground behind the front line which possessed a matting wicket and pavilion, and he was `looking forward to some cricket’. Events would soon conspire against that ambition.

Essex batsman Pilot Officer Reginald Taylor became the first professional cricketer to win the DFC for his contribution as an observer with a Lysander Squadron in Bomber Command during the evacuation. Later in the season Taylor appeared for Sir Pelham Warner’s XI v a Club Cricket Conference XI at Lord’s and received a wonderful ovation as he went in to bat. Perhaps this reception caused a lack of concentration and Taylor was dismissed first ball. He then received another ovation on his way back to the pavilion, perhaps the `greatest reception ever accorded to man out for a “duck”’, Don Bradman’s final test innings notwithstanding.

The 1941 English season began under a cloud, with the loss of Essex all-rounder Laurie Eastman in April. During the previous war this popular professional had served on the Western Front, earning both the Distinguished Conduct Medal and Military Medal for his bravery. Eastman had volunteered as an ARP warden when war broke out and had appeared for London Counties XI in the 1940 season. In January 1941 a high-explosive bomb burst close to him, causing shock and severe injuries. Eastman fought for his life for three months before slipping away in Harefield Sanatorium on 17 April 1941 following an operation. Home Gordon bade farewell in The Cricketer, `May the grass rest lightly on the grave of a good fellow.’

Ray Smith took over the secretarial duties and eventually the captaincy of the wartime British Empire XI in 1942.  Rarely has there been a more underrated servant of the game than the popular Essex all-rounder Smith. (PIC) His unflagging enthusiasm no matter what the state of the game, and his ability to see the wider context of cricket made him the ideal candidate for such a morale-sustaining role. Another Essex man, Harry Crabtree, became the batting mainstay of the XI.

The thin gruel of county fixtures during 1940 prompted the organisation of a annual combined counties match as Middlesex and Essex took on Kent and Surrey at Lord’s during the August Bank Holiday. This was the first such double county encounter since 1878. The former side struck 412 for 6, with Middlesex’s Bill Edrich making 102 and Essex’s Sonny Avery 96. The Surrey and Kent side had reached 65 for 3 before rain ruined the contest. However, with a crowd of over 16,000, someone suggested a photo of Lord’s should be taken and sent to Hitler to show, as Home Gordon related, `how thousands in the most bombed town in the world stayed put and revelled on their Bank Holiday.’ 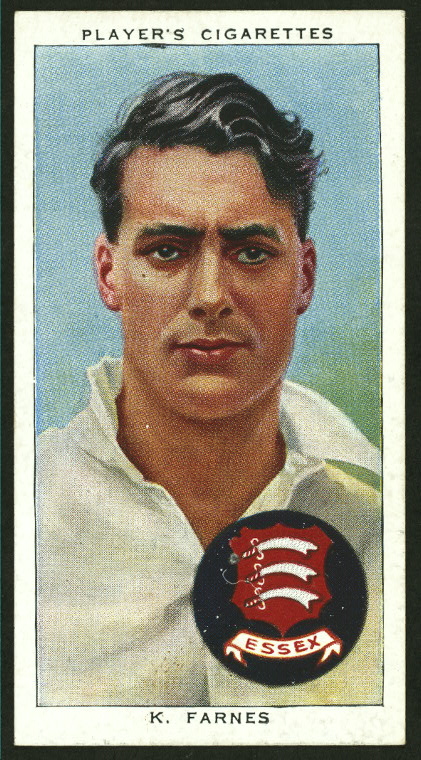 One player who may could reasonably have hoped to have played a role in post-war Essex and England cricket was fast bowler Ken Farnes. Although teaching duties at Worksop College had limited his appearances somewhat, Farnes had still managed to take 60 test wickets in his 15 appearances for England. Having joined the RAFVR on the outbreak of war, Farnes had recently been commissioned as a pilot officer when, at 2310 hours on 20 October, his Vickers Wellington crashed shortly after an unsuccessful landing attempt at RAF Chipping Warden. The plane hurtled into the village, bursting into flames and killing Farnes on impact. Another of the crew died of injuries the following day whilst a lucky third survived his injuries. The Cricketer Winter Annual’s valedictory read:

It is indeed sad that never again shall we see stalwart Ken Farnes in the cricket field. Quiet by disposition and gentle, though so manly, in his outlook, his exceptional modesty about his own skill was a characteristic part of his attractive personality…He was an unobtrusively noble and valiant Englishman, deeply mourned.

Essex CCC’ Secretary, Lieutenant Colonel Brian Castor, was taken prisoner by the Japanese at the fall of Singapore in February 1942. As his captors saw little humanitarian urgency in informing families of their fate, The Cricketer reported on 6 June that no news had been Brian Castor or other detainees such as E.W. Swanton. It would not be until December that Castor’s family would learn he was still alive. Castor would return to his post in 1946 before moving to Surrey and live to the ripe old age of 85.

Another servant of wartime cricket was Essex and England all-rounder Sergeant Stan Nichols. His appointment as an Army Physical Training Instructor left him plenty of scope to play in representative charity matches. Playing for Southern Command against the Royal Army Service Corps at Bristol on July 25 1942, he bowled unchanged for nearly three hours, sending down 18 8-ball overs and taking 7 for 64. Despite also top-scoring with 32, his team lost by 14 runs.

The 1942 combined Middlesex and Essex team v Kent and Surrey contest saw Trevor Bailey, announce his arrival in top-class cricket, taking three wickets in his first over, ending with 4 for 36. Essex CCC continued to make a profit each wartime season, with most members continuing to pay their subscriptions. These monies enabled the club to provide coaching for young members and members’ sons at the Crompton Parkinson Sports Ground in Chelmsford. The coaching was conducted under the supervision of experienced professional Jack O’Connor. 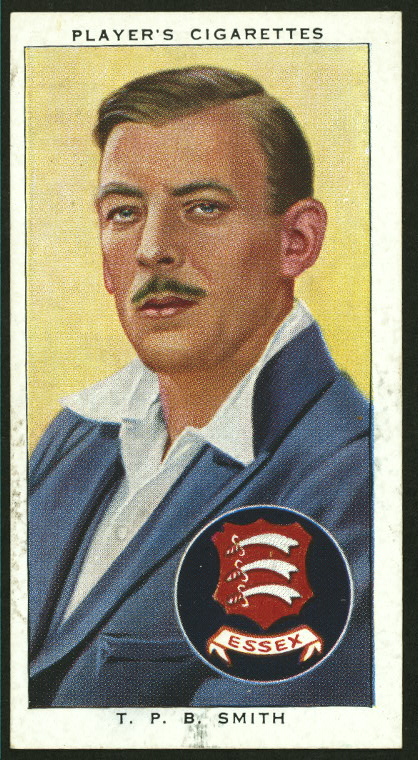 Leg-spinning all-rounder Peter Smith was a prominent figure in services cricket in Egypt, claiming over 300 wickets and over 2,500 runs, but perhaps his greatest service to the game was the coaching of young cricketers. Smith had been the victim of a hoax test call-up in 1933 and had again been denied an England cap when the 1939-40 MCC tour of India was abandoned. He would finally make three test match appearances shortly after the war.

Captain Sonny Avery, the Essex opening batsman, had been dispatched to the Burma Front. He echoed the importance of reading material, particularly sporting related, for the men, `The lads haven’t been treated at all well, although things have improved slightly just recently; they deserve the best we can give them.’ Avery appealed for a cricket match to be arranged in England in aid of 36th Division. `Most of the troops, now that the war in Europe is over, seem to feel they have been forgotten.’

Brian Castor sat behind the desk of the newly-acquired Essex CCC headquarters at Crane Court, Chelmsford in April 1946, looking `very fit’ despite having lost some weight during his time in captivity. The Chelmsford Chronicle, interviewed him, “It’s good to be back…Everybody is keen to see Essex get straight off the mark again this summer.” The club’s finishing position of 8th would indicate that little had changed during the war years. Many familiar faces returned, such as Ray and Peter Smith, Stan Nichols and captain Tom Pearce. However. the loss of Farnes would serve as a permanent reminder of the ravages of war on this fine county team.

The game in England must be careful what it wishes for