Derbyshire CCC had been one of the strongest counties in the pre-war years. Consecutive finishing positions of 2nd, 1st, 3rd, 5th and 9th attested to a phalanx of high-quality seam and swing bowlers, backed up by the wiles of Tommy Mitchell’s leg spin. During the war the Pope brothers, George and Alf, Bill Copson and Mitchell himself would find success in the Bradford League as the county club struggled to raise teams for wartime friendly fixtures. 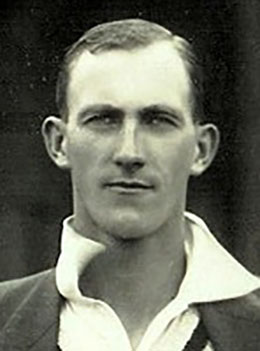 Derbyshire’s 1940 AGM minutes noted the slump in gate receipts caused by the wet summer of 1939. A deficit of £905 was recorded. Like most county clubs, the removal of the necessity to pay its professional staff helped turn around Derbyshire’s financial fortunes. A profit of £530 was recorded in 1940. 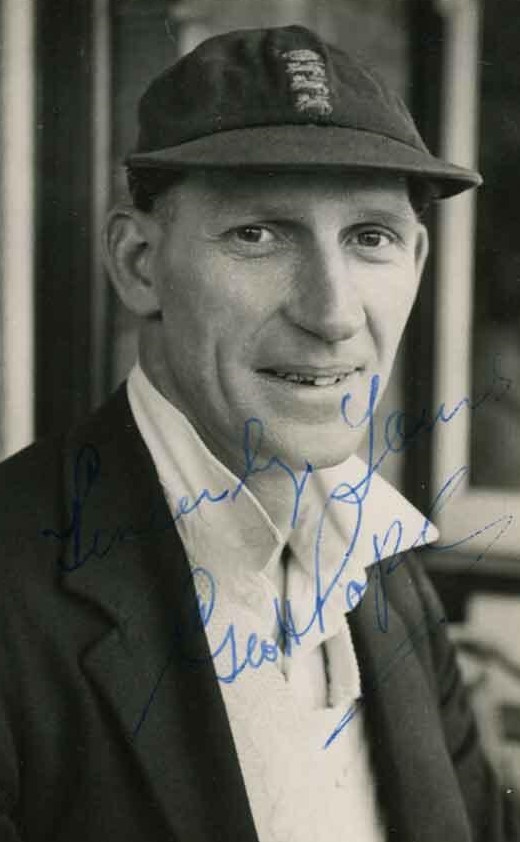 The club arranged two fixtures for 1940, both friendlies against Nottinghamshire at Whitsun and August Bank Holidays. Only the May match took place as Derbyshire could not raise a team for the August fixture, its leading players being engaged by Bradford clubs. In the match that did take place, across 11 and 13 May, the Reverend Wilfred Payton scored 25 and 0 for Derbyshire against Nottinghamshire, for whom he had played during the 1935 season. He would later take a commission as a chaplain in the RAF, one of nearly 1,000 clergy appointed to provide for the spiritual needs of Britain’s flyers. George Pope, playing for Lidget Green in the Bradford League, bagged 88 wickets and hit 641 runs in the season.

Gilbert Hodgkinson, who had played a few first-class matches for Derbyshire before the war, was reported to have been wounded in the head during the retreat towards Dunkirk and was missing. It was a relief to his family and teammates when it eventually transpired that he had been taken prisoner, returning from the war fit enough to captain his county in the 1946 season. 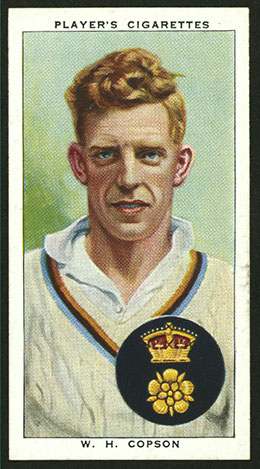 1941 saw a similar pattern to 1941. Just one county match was played, a friendly against Nottinghamshire. Meanwhile Bill Copson took fifty-nine wickets at 6.59 whilst Alf Pope headed the league averages with 69 at 6.49 as Saltaire were masters of all they surveyed in Bradford League Division Two, claiming 52 out of a maximum 54 points.

Once again 1942 saw a solitary match, against Nottinghamshire whilst Derbyshire’s players continued to thrive in Bradford. On 18 and 25 July, former coalminer Tommy Mitchell, representing Lidget Green, took eight for 33 and nine for 48 against Windhill and Great Horton respectively. These performances nudged his team towards success in a very tightly contested Bradford League. In the final match of the season Mitchell and his partner A. Bastow established a remarkable record by claiming all 144 wickets their team took that season. Taking three points from Idle was enough for Lidget Green to be crowned champions.

In the 1943 match against Nottinghamshire, played at Trent Bridge, Aircraftman Roy Genders top scored. Genders would later write two cricket books, League Cricket in England and a history of Worcestershire CCC, as well as numerous books on gardening and cigarette card collecting.

An attempt to finally play host to Nottinghamshire in 1944 was temporarily derailed as the county ground pavilion had been badly vandalised by children. Fortunately the LMS Railway ground in the town was available.

More optimistically for Derbyshire followers, Gilbert Hodgkinson was resurrected from the obituary pages of Wisden. News of his death was carried in the 1943 Almanack. By the spring of 1944 he had been repatriated and was hoping to turn out for his county again. In the dying embers of the era of an obligatory amateur captain, he would lead his county in the 1946 season.

By 1945 the shoots of post-war recovery were apparent. When an England XI played the West Indies at Lord’s, England blooded Repton schoolboy Donald Carr, with a view to him playing in a `Victory Test. Carr was described in The Cricketer as, ‘a stylist with very nice wrists, and something of a Palairet in style’. Carr would later serve as captain of Derbyshire, and latterly as secretary of the Test and County Cricket Board during a future period of cricketing turbulence during the era of Packer and the ‘Rebel’ tour to South Africa.

Assessing where England are in Test Cricket

Graham Thorpe – A man for all seasons