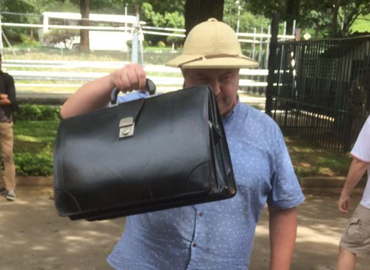 One late night in Bristol, two England cricketers were drunk and in that danger zone between club and taxi. We have all been there. Anyone who has left a city centre pub or club at 2am and took longer than 5 minutes to get in a taxi has seen people looking for a confrontation.

Alex Hales got involved in one of these confrontations and leaping to his defence Ben Stokes played the in (toxic)icated avenger. A little like his sledging of opposition players, Stokes doesn't have brakes. He doesn't know how to walk away from or descalate a situation. This is interesting because it is exactly the skill he has acquired when batting. He has learnt patience and shot selection. Perhaps Stokes needs to select less shots on a night out.

England's position as usual is forced upon them by the media. They have chosen to suspend Stokes for the Ashes unless the charges are dropped.

It has made their judgement one of not what Stokes has done, but what his punishment will be. If he is charged or not, it doesn't change his behaviour. It's doesn't change the facts of what happened. These are already widely known.

The ECB aren't the moral guardians of England cricket they are the PR spinners and mitigators.