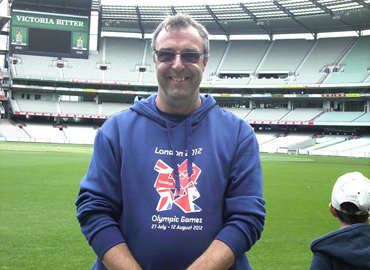 What a win. What a collection of individual performances. We have only just gone and beaten the Saffers in their own back yard. Make no mistake; the enormity of this series win should not be underestimated. To consider that sickness tore through the England squad and decimated the ranks, to come back and win 3-1 is a fantastic achievement. Also, it is the first time since the 2012/13 series in India that England have won an away Test series having lost the first Test.

The illness that hit England prior to Centurion may well have caused Joe Root to ask South Africa to bat. It’s good to remember that had it not been for Quinton de Kock’s first innings score of 95, we may well have won the game as the winning margin was only 107 runs. The application of our batsmen in the second innings gave notice of what was to come. A 92 run opening stand was a very welcome boost even if Cricinfo described the result as “thoroughly comprehensive”. The blast with the second new ball in our second innings returned 46-6 in just under 12 overs. This series was going to be decided by which team could negotiate the first 10 to 15 overs of each new ball.

The second Test at Newlands was a much tighter affair and there were a number of standout performances. Ollie Pope made his mark in Test cricket with a fine 61. Jimmy Anderson, in what may well be his last Test retuned figures of 5-40.; more on this later. Dom Sibley secured a maiden Test century while there were also 50s for Joe Root and, inevitably, Ben Stokes. What really delighted me was that our second innings lasted 111 overs and we were able to declare our second innings. For as many years as I can remember, I have bemoaned the lack of application by our batsmen in the Test arena. Not this time. It was left to Ben Stokes, whose father had been taken seriously ill earlier on the tour, who snatched victory late on the final day.

Late on the final day. Let that sink in. That the ICC and ECB are considering reducing the duration of Test matches to four days is wrong. You don’t reduce the duration if games finish early owing to poor application and technique. It’s called a Test for a reason. As you know, it is a test of endurance, fitness, technique, ability and concentration. You don’t remove 20% of the time allocated if the players aren’t good enough. It is the responsibility of players, coaches and administrators to ensure that the pinnacle of the game is preserved. If the administrators want to make an improvement, then it has to be on the joke that is bowling rates. Enforce 15 overs per hour. Reduce the pointless interruptions and delays that plague the game so that broadcasters can earn that elusive TV dollar / pound / rand. Stop treating the paying spectators with disdain.

On to Port Elizabeth and what was probably the most complete performance by an England side overseas since Australia in 2010/11. Ollie Pope and Ben Stokes shared a 200 run stand and we batted the hosts well and truly out of the game. Dom Bess and Stuart Broad took care of the first innings and then Joe Root earned the tag of being a genuine all-rounder as his four wickets took his bowling average below his batting average for the first time. It was also great to see mark Wood steaming in and causing all sorts of problems with his pace.

Johannesburg, and the final Test and what were we greeted with? Rain. Thankfully, drainage at Wanderers is top class as the rarest of breeds, a century opening stand, was observed. After a solid start, a wobble occurred only for Chris Woakes, Mark Wood and Stuart Broad to wield the long handle as 131 runs were added for the last 3 wickets. Brilliant stuff. Mark Wood then did his stuff again with the cherry and took nine wickets in the match. South Africa’s last six wickets in the match falling for only 39 runs.

Yet there are still questions. What is the situation regarding Joffra Archer? I have felt that he has been over-bowled in his fledgling Test career to date. He needs to be used in short, sharp bursts of no more than four or five overs at a time. The last person he needs in his corner though is Kevin Pietersen. There is no doubting his talent but he needs to be properly managed. Then there is Jimmy Anderson. A fractured rib put him out of the last two Tests and I doubt he will be on the plane to Sri Lanka for the series in March. That this injury has come shortly after he recovered from last year’s calf injury is making me wonder if we have seen the last of him on a cricket field. I hope not but I suspect that this will be his last year at the top. It would be fitting if he could call it a day at the Third Test at Trent Bridge against Pakistan. Next up, Jos Buttler. I am a massive fan of his but even I think that the time has come for the Management Team to give the gloves to Ben Foakes. The latter is probably the best wicketkeeper in the country and we should be picking precisely that. Unless, of course if you are Darren Gough then Jonny Bairstow must be recalled. No. Sorry Goughy but you are wrong there. Bairstow has a long way to go to force his way back into the top 6. His technique needs serious work and the six we have at the moment are exciting and extremely talented. And they know where their off stumps are. And Rory Burns is injured.

It is only six Tests into his tenure but it already looks as if Chris Silverwood is having a wonderful effect. It is beginning to look as if we have rediscovered how to play Test cricket. Happy days!