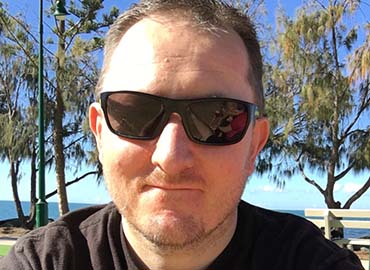 Is Joe Root's T20 international career drawing to a close?

Joe Root has been left out the T20 squad for the three-match series against South Africa in February. When the news broke, the media published it like it was a big deal. How big a deal was it? Well, now you ask, not that much. Root has had a tumultuous time recently, and his batting form has been symptomatic. The real reason for Root’s omission is that his numbers don’t stack up in the T20 format and there are others who deserve a chance rather than the Test captain.

Since the turn of 2018, Root has played in seven T20Is and has scored 150 runs. He has averaged 25 over that period. More importantly, Root scored those runs at a sluggish score rate of 115.38. Therein lies the reason for Root being surplus to requirements. Scoring so slowly, comparatively, consumes valuable balls that other quicker-scoring batters could face.

Root’s most effective format is Test cricket. However, the England captain has not played to his potential for a while now. It was evident, after looking over the statistics, that Root has dropped out of the top four batters in the world at the moment. Smith, Williamson and Kohli are streets ahead and Root needs a ton of runs in South Africa to bridge the gap. Looking at the period from the start of 2018, the gap between Root and the rest is startling. Smith heads the group with an average of 61 with Williamson (60.84) and Kohli (58.61) in hot pursuit. Root’s batting average is 39.14 from 45 innings with four centuries and ten fifties under his belt. The others convert about one century in five innings whereas Root is more than one in ten innings.

Over the last twelve months, Root’s England has lost its way somewhat. After being Sri Lanka convincingly away, the West Indies series loss was a surprise. Even the one-off Test against Ireland was a disaster for most of the match. Then there were the Ashes. A ‘glass is half-full’ kind of person would point out that the series was drawn. In reality, Australia retained the Ashes and the series was the first one that England had dropped at home, against Australia, since 2001.

The Edgbaston Test was seen as a hangover after the glory of the Cricket World Cup win just a few weeks back. It wasn’t. The “winning” draw in the Second Test was backed up with that monumental win at Headingley. With Ben Stokes playing an innings of a lifetime, England was back in the series which masked the gulf in class between the two sides. Old Trafford restored the disparity before Tim Paine’s ‘Ricky Ponting’ moment threw away the chance of Australia winning the series. Again, the result was masked.

What now for Joe Root and England? The ICC Test Championship final is already looking like an impossibility. India’s perfect record alongside Australia’s current form suggests that the finalists could already be inked in. Both captain and country have far more to play for than points in South Africa. Both need to regain form, composure and application quickly. When England beat India 4-1 just under 18 months ago, they looked like a side heading for the top of the rankings. Regaining some of that presence has to be achieved over the winter.

Opponents South Africa have troubles of their own with board members resigning, the CEO being suspended, their major sponsor Standard Bank not renewing their contract. However, interim coach Mark Boucher has warned England to be wary of the “wounded buffalo”. Perhaps Boucher shouldn’t be so concerned by the ineffective lion (or three of them in this case).

Root is a good player but needs to be more phlegmatic when things aren’t going right. Root’s press conferences are a barometer of the pressure he is feeling; the captain is human but needs to remember that the media don’t forget and that less inward pressure may help create an upward turn in personal form. While in South Africa, Root should remember the Xhosa saying ‘Ukuzenza Akufani Nokwenziwaa’ – you can’t blame anyone for something you’ve done yourself.