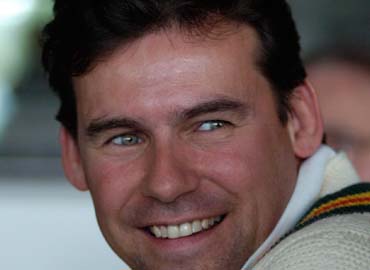 Ashley Giles, the boss of England Cricket, has publicly trumpeted the prioritisation of red-ball cricket and the need for a re-boot of its Test match cricket. Trevor Bayliss, the outgoing England Head Coach, oversaw a decline in Test match performances by England, but can walk away with his held high on the basis that his team delivered a World Cup win on home soil. Ultimately, this was his brief from Managing Director of Cricket, Andrew Strauss.

However, newly-appointed England Coach Chris Silverwood has a different requirement as he begins his new job in New Zealand. England need to develop a team to win back the Ashes in Australia in two years time. As it stands today, that seems a long way off.

Jofra Archer’s emergence has made Silverwood’s job much easier. Any team that possesses a bowler offering higher than ‘normal’ pace creates new levels of fear in the opposition dressing room, whatever the standard of cricket. Village to club, club to minor county, minor county to first-class cricket, or first-class to Test level – it amounts to the same thing when there is a step up in facing pace. Archer offers England the X-Factor that was missing since Steve Harmison was in his pomp. The fact that Archer is a skilful and accurate bowler too, adds a further dimension to ‘the package’ he offers captain Joe Root.

For England to win in South Africa this winter, and in Australia in two years time, their pace bowlers must be in form and stay fit. Too many previous Ashes tours have been blighted by the selection of unfit bowlers. And some haven’t been ‘fit for purpose’ as Test match bowlers too. Poor selection has played its’ part in previous heavy defeats and this time, under Silverwood, Ed Smith and Ashley Giles, England must get it right.

With this in mind, do the management team need to plan ahead with more courage by ‘blooding’ young bowlers such as Lancashire’s Saqib Mahmood or hope that James Anderson and Stuart Broad can provide one last hurrah? Is Mark Wood going to be fit to play a Test series, or will he remain ‘an impact bowler’ for the odd Test match when fit and in form for Durham? Can Olly Stone overcome an injury-strewn career and emerge as a quality fast bowler capable of winning a Man of the Series Award? And can Sam Curran prove to be the answer as England’s 3rd seamer?

Maybe Chris Woakes can improve his overseas Test record? If he can’t, then England’s planning for overseas success may be compromised by their wish to select him for his excellence with the ball in home Test series, thus creating an ‘opportunity cost’ in blooding another bowler who (in the short-term) may be less effective, but could prove to be a better selection in Australia in two years time.

And then there is the spin dilemma. The next Ashes tour must not have the likes of Scott Borthwick or Mason Crane making their Test debuts. It is a sign of ‘wishful thinking’ if England’s selectors believe that such raw talents can ‘be the difference that makes the difference’.

Two other aspects of England cricket selection which need to be addressed in advance of the Australia tour are the top order batting and the wicket-keeping. If Ben Foakes is the best wicket-keeper/batsman in England (and arguably the world) then FOAKES MUST PLAY in his preferred role. If Jonny Bairstow and Jos Buttler have to learn to deal with the rejection from their desired position, then so be it – such is the communication challenge that needs to be faced by good leaders if they are to be successful in their role.

My biggest concern is the top order batting. Is Rory Burns the answer? I hope so. Is Dom Sibley the answer? I hope so too. Can Joe Denly nail down the number 3 batting position in NZ to gain greater opportunity in South Africa after Christmas without ‘the fear of the axe’ hanging over him?

The jury will remain out on all 3 players until they return from Australia with a successful series behind them. If they fail in Australia, then the planning will prove to be flawed. Only spectacular returns in advance of the Australia tour will give them the credibility needed to be regarded in the same breath as Mike Atherton or Andrew Strauss let alone Sir Alastair Cook or Graham Gooch.

There is a major problem in English cricket which is unlikely to be solved by county cricket’s production line. With the County Championship relegated to the margins of the season in April/May and September, on ‘lively’ pitches in damp, cold weather, I don’t see how it will be possible for a new generation of ‘over my dead body’ type batsmen to bat for four sessions and make big hundreds consistently. The scheduling is a problem and so are the commercial forces that dominate the modern game.

And the final piece in the puzzle is the challenge of developing an excellent captain. Can Joe Root continue to grow into the role in advance of the Ashes Tour? Will his next two years of experience enhance his standing, and will his best bating form return now that he has decided to bat in his preferred position of number four?

If he fails as captain this winter, and his batting form continues to regress, will the Selectors find the courage to accept it was a mistake to appoint him when he was on the verge of joining the elite group being considered to be regarded as the world’s leading batsman? Today, Root is some way behind Williamson, Smith and Kohli.

Whatever has happened in the warm-up matches so far is only relevant to the individuals sense of feeling ‘in form’ going into the Test series. The real business starts on Wednesday 20th November and will conclude in South Africa at the end of January. Many players face a serious examination of their test credentials. Will they come through with reputations enhanced?

And, will Chris Silverwood’s lack of experience as a Head Coach be a factor should England struggle this winter? My sense is that Silverwood is a tough-minded, ambitious individual who will perform his duties in a thoughtful and earnest way as Head Coach. The key issue is whether or not the players have the skill and application to grow into ‘world-class’ performers ahead of the next tour to Australia.

Like it or not, England Cricket’s health is determined by how well the national team performs in Australia.