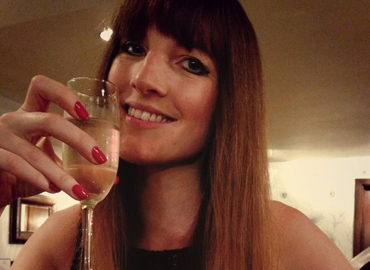 The relative appeal of a series of cricket

So England have completed the limited-overs section of their first winter touring destination, New Zealand. England won the five match T20 series ahead of the two-Test contest, which will be followed by a more substantial South Africa tour and then pretty much straight on to Sri Lanka.

An unnamed Addis Army member declared last week that he wouldn’t be watching a single ball of that New Zealand T20 series because it was meaningless. Most of us disagreed, but then again we certainly weren’t staying up all night to watch, either!

And I can’t say I’ll be staying up for the test series either, so it’s not about the format. Admittedly, the long form is more appealing and always more ‘important’ but I do struggle with motivation for an away series in the younger, more civilised antipodean brother.

Time zones have a major role to play here. In a competitive Ashes series I’m full of excitement to stay up/wake up/get up early to catch as much play as I can. It’s like being part of a club as you know how many others up and down the country are doing the same: making decisions about when and how you can balance your sleep for the night. Changing Aussie time zones as the series progresses also adds a layer of complexity that it can be fun to plan around (yes, I know, I’m a nerd). The Boxing Day first session, late on Christmas Day for us in the UK, is always good for reinvigorating any interest that has petered out since Perth. And even if the actual level of contest isn’t amazing, the sense of competition remains strong.

Away in South Africa? Perfect. Just like following at home, but with those lovely warm pictures to look at when you wake up, taking care of your background TV watching while you get ready for the day. Follow it during your working day and then wind down as you journey home. Lovely. As with Australia, in South Africa the iconic settings and accompanying sense of narrative (Boxing Day Test, New Year’s Test, the intimidation of the final event at The Wanderers) keep you interested throughout.

India and Sri Lanka? Decent. Slightly trickier with daylight saving, which sometimes alters within a series, but again enjoyable to listen to on the way to work. Slightly harder to maintain interest if you can’t stay in touch with it in the afternoons, and I’m not a huge fan of the 4.30 am starts. The cricket itself lends itself to relatively dull sessions which put you off dedicated focus, too. Long stretches of defensive batting against spin can be fascinating, but less so when you are geographically removed.

The West Indies tours can offer some enjoyable timescales, sorting your evening TV viewing or radio listening but we all know that Talk Sport commentary and often disappointing cricket do something to dampen the appeal.

All of this leaves us with New Zealand away. Good old gentle, fair, play-in-the-right-spirit Kiwis. Tranquil landscapes; players far too sportsmanlike to invoke any kind of passionate ire from opposition supporters; cricket of a good but rarely scintillating style; all kinds of the wrong time zone; and this time around, not even counting towards the inaugural Test Championship.

I’m going to try, New Zealand, I really am. If TMS do that whole ‘repeat the day on Five Live Sports Extra’ then I’ll be there to live through it on a 12-hour delay. Otherwise, I can’t help but feel I’d be more interested if you’d turn to the sandpaper, or behave appallingly towards the umpires; or switch to GMT.