When Bruce French recently stepped down as England’s wicket-keeping coach it took me down a YouTube wormhole of watching England’s custodians of the stumps in the 90s, 80s and finally back to the 1970s and the brilliant Alan Knott – a shining beacon in a Golden Age for glove men.

In the halcyon days of my youth the make-up of a “traditional” Test team in England invariably went like this: 2 openers, 3 stylish middle order batsmen, an all-rounder, a wicket-keeper, and four bowlers. Nowadays it’s anyone’s guess, a mash up of all sorts and the role of the specialist wicket-keeper has been diminished over time.

Who can forget the Lord’s Test in 1986 vs New Zealand when the aforementioned French went off injured and England used 4 different wicket-keepers in a day? One of them being the retired Bob Taylor who happened to be at the ground doing some PR work for sponsors Cornhill Insurance when asked to don his gloves one more time. If the regular wicket-keeper was injured these days any number of players within the side would step in. Is that because everyone now does regular keeping training sessions or simply because the role is somewhat underappreciated, and it’s a case of “anyone can do that”?

When I used to play cricket with my mates as a lad no one wanted to be “wickie”, everyone wanted to bat or bowl. Younger siblings or harangued younger members of the group were instructed to field in the deep. “Can I be backstop instead?” was a familiar cry. This gloveless pursuit was a thankless one though with the wannabe Malcolm Marshall’s sending down deliveries yards and yards wide of the stumps (on either side) in consecutive balls which brought much chasing of the errant tennis ball.

Professional wicket keepers were always a bit different, an eccentric member of the side, aloof, different. Career “backstops” with their strange kit and superstitions. However, a certain level of madness to perform a succession of squats all day whilst flinging yourself around the place and keeping your concentration is required. It was always a useful attribute to be able to bat a bit but primarily they were in the side because of their skills with the gloves and runs were a bonus. A better ‘keeper would always get the nod ahead of an inferior one who could bat better.

When did this change? Looking back over the list of England’s recent ‘keepers it becomes clear that the revolution started with our very own Superman Alec Stewart. He could, and often did, do everything. He opened, he captained, he scored big runs and he kept wicket. Well enough that the selectors felt it was worth the trade off to not play Jack Russell – by far the better wicket keeper, for the extra runs that Stewart brought. An extra bowler could be played with Stewart in the side. Russell like the great Alan Knott (surely England’s finest ‘keeper?) a generation before him were fine batsmen, 7 Test Centuries between them but the likes of Adam Gilchrist revolutionised the game and so they made way for dashing batsmen who could keep well competently such as Geraint Jones, Prior, Bairstow and Buttler.

With Bairstow seemingly out of favour and Jos Buttler’s keeping not always 100% on the money there is a clamour now in 2020 for Ben Foakes’ inclusion in the Test side. He’s already shown he can bat by scoring a century on debut in Sri Lanka but will he go the same way as Chris Read, James Foster, Warren Hegg and Steve Rhodes before him? Only time will tell but it seems that the days of the specialist wicket-keeper are numbered.

What does bilateral even mean? The Texaco Trophy...

“Inside your box! There’s summat shining inside your... 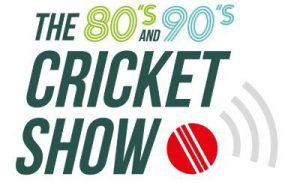 What does bilateral even mean? The Texaco...

“Inside your box! There’s summat shining inside...